The Members Petanque Group regularly plays on the WLBC Petanque Court (at the far end of the car park). Come and join us - all levels welcome and boules provided. 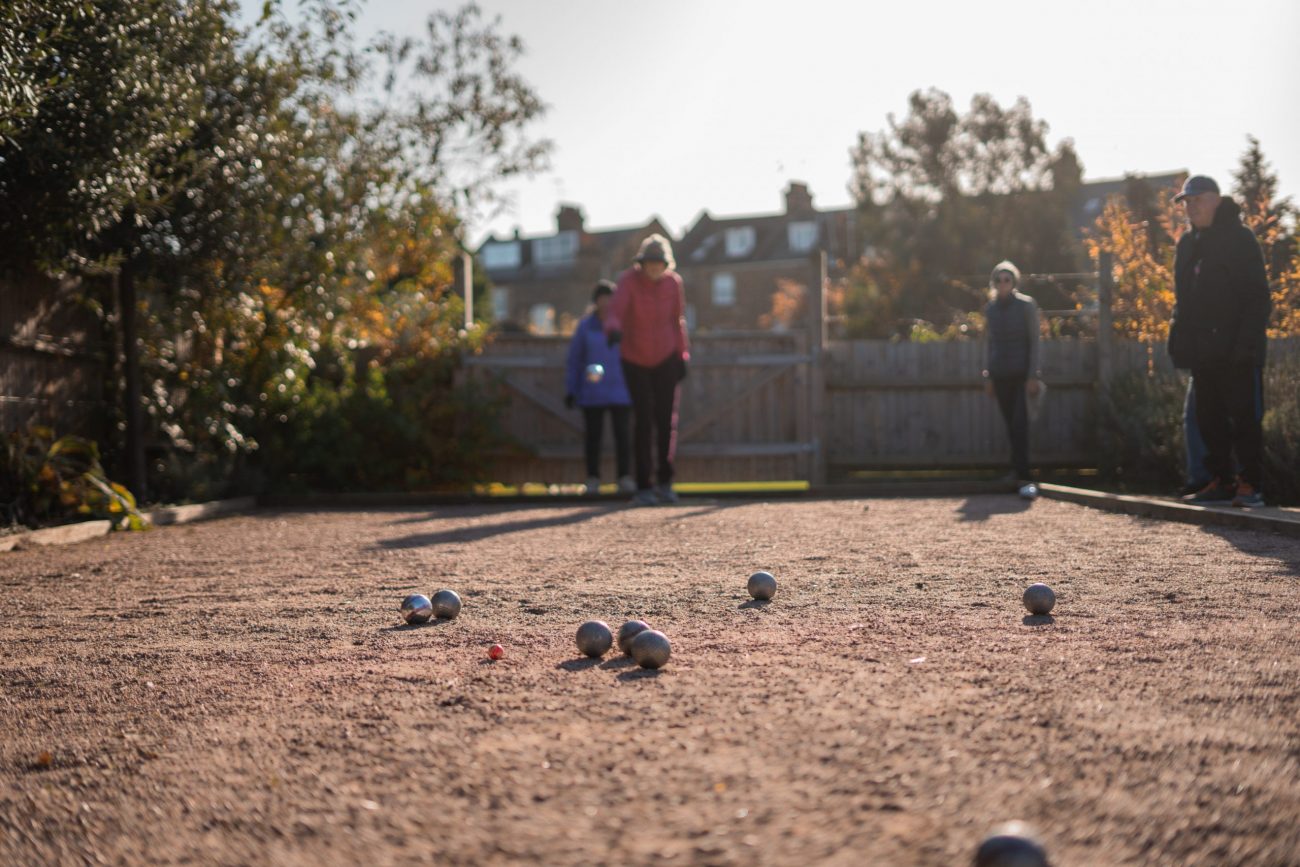 In September 2016, the West London Bowling Club was able to offer Members a new game, Pétanque (pronounced petank). The then Chair Ruth Hillary successfully applied to CLLL and WREF for grants to install a pétanque court and it was built by Groundwork. The court has been landscaped with beautiful holm oaks (Members contributed to buy these) which screen it from neighbouring houses. Beds are planted with grape vines, rosemary and lavender, in keeping with the Mediterranean origin of Pétanque in Provence. Pétanque, a form of Boules, has been taken up enthusiastically by club members and guests. It has the great advantage of being played all year round so members can continue to play a sport when the bowling season is over. The club has had several friendly matches with other London clubs, including the Royal Hospital. Pétanque is a sociable game and very easy to pick up. The club can provide equipment, everything you need to start playing. Boules are cheap to buy and most players eventually like to have the advantage of boules that are the correct weight and size for them.


The Rules of Petanque or Boule

The surface of a Petanque pitch can be of any material but thin gravel or sand is most appropriate.

Pétanque boules should be metal, about 7.5 cm in diameter, and weigh 700g. You should also have one target ball, known as the "cochonnet" or "jack." The jack should be 3cm in diameter.

Pétanque is played with two teams. There are three ways you can play:

Keep going until both teams have thrown all of their boules.

This ends the round.

After all boules have been thrown, the team whose best boule is closest to the jack wins the round. The winning team gets one point for each of their boules that is closer to the jack than the losing team’s closest boule. The losing team doesn't score any points.

Starting a New Round

How to measure boule to jack?

How to measure boule to jack?

Visual inspection is the technique of first resort. Don’t stand directly over the boules, looking down on them. Stand back from the boules a meter or more, so that you are the same distance from each of the boules. Look across the boules at the jack. Imagine a line between the boules, and imagine a second line extending out from the centre of that line. You will probably be able to see that the jack falls on one side of that second line; that is, you will probably be able to see that the jack is closer to one of the boules than the other.
When two boules are almost the same distance from the jack, remember the old adage – “When in doubt, measure.” 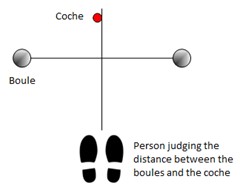 The most common tool for measuring is a retractable steel tape measure. The proper way to use a tape is to measure across the top of the jack to the boule. Make sure that the end of the tape is positioned at the middle of the boule; if it too high or too low, the measurement won’t be accurate. Keep the tape above the jack, without touching it. Look straight down at the jack, and measure to the edge (not the top) of the jack. 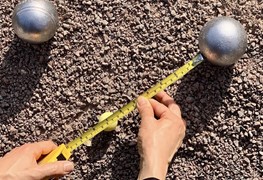 If the jack lands less than 6 meters (20 feet) or more than 10 meters (33 feet) and is challenged, what should be done next?

If the distance is less than 6 or more than 10 meters, the thrown jack is considered invalid, the jack is turned over to the opposing team which then places it by hand on the terrain.

Can I lift my heel while throwing the jack?

Can I move the circle once I’ve thrown the jack, or must it remain in the position first placed?

Once the jack has been successfully thrown, the circle may not be moved. Note, however, that you may move the circle to the maximum legal distance (10 meters) before throwing the jack if you need more room in order to be able to throw it.