In the beginning a Committee was appointed in 1903 to consider the desirability of forming a Bowling Club and held their first Meeting at the Offices of Messrs Beale and Capps, 126 Ladbroke Grove on Thursday, 26th February 1903. Present were Messrs. L Beale, F.W. Capps Sen., F.W. Wapps Jun., W. Hilllier, G.F. Johnson, S.M. Jones, A. Morgan and W.B. Neville (Chairman). It was resolved unanimously that a Club be formed and called ‘The West London Bowling Club’. Mr S. Jones was appointed Hon. Secretary and Mr F.W Capps, Sen. was appointed Hon. Treasurer. The Subscription was fixed at £1/10d The First Annual Dinner was held at Frascati’s on 26th February 1904 and the Tickets were 6s each, including wines. The Dinner and Musical Entertainment was a great success. However, the First Balance Sheet in 1904 showed a deficit of £18/11d. In 1910 Rules & By-laws were first adopted and the Club was registered under the Licensing Act 1902. The present Green opened in 1920 and bowls was peacefully enjoyed from 1921 to 1939. The War Years…
Whilst other backlands sites around St Quintin’s were being turned into allotments, the Club continued to provide the Members with facilities to bowl throughout the whole war period from 1940 to 1945, in spite of near misses by bombs and land mines. In 1945 the Club became clear of debt for the first time.
The Jubilee Years… The 1953 Golden Jubilee was suitably celebrated and in 1963 the Diamond Jubilee was celebrated with the Mayor attending the Annual Dinner. The Garden Years and a Royal Visit… From 1968 to 1978 the Club garden was an annual Prize winner of the Kensington and Chelsea Gardens Competitions, and in 1970 the Garden took three trophies. In 1970 HRH Princess Alice, Countess of Athlone, paid a visit to the Club and gardens, and the Mayor and Mayoress were guests at the reception and Annual Dinner in the Pavilion. The Anniversary Years… 1978 75th Anniversary celebrated 1983 80th Anniversary celebrated 2003 100th Anniversary celebrated Throughout the years the Club produced many Champion Bowlers and won several Cups. New Beginnings… As for many bowling clubs, membership numbers have declined over the last decade; in 2013 the Club lost its licence but, with the help of St Helen’s Residents’ Association and a group of local volunteers, the Club managed to re-open in May 2014. Since then neighbours have loyally supported maintaining the green and the bar is opening again at weekends. We hope WLBC can look forward to a new chapter in its life … To learn more about the history of the Club please click the button below 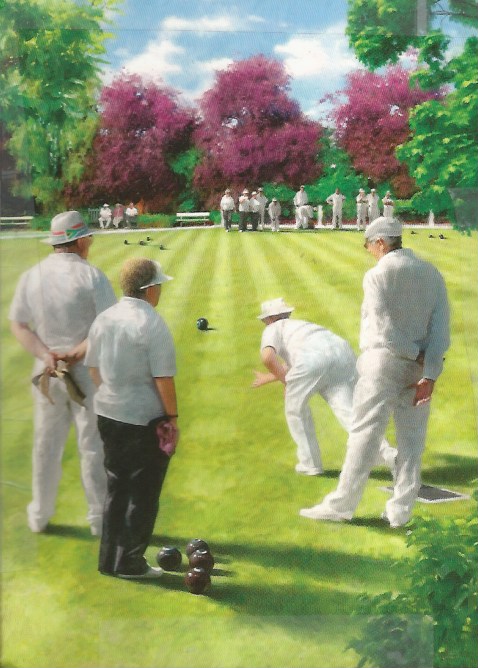 Stories from the Green

West London Bowling Club members, past and present, share their stories about how they came together for fitness, friendship and fun and helped shape the club as a community organisation that has evolved and changed over the years.

This button transfers you to Stories from the Green 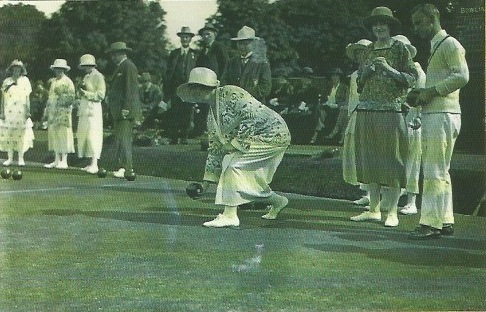